It’s been quite a while since I’ve updated you on our travels. I hope you’re enjoying the holiday season if you celebrate. Ross and I celebrate Christmas, and this year was definitely unique as holidays go!

Ross and I knew we wanted to visit Tucson. It’s warm, it has excellent bike trails and public transportation and it’s beautiful. So we planned to spend a week or so and were happy to book a couple of gigs in town. We planned to head to the Phoenix area after Tucson, both to visit and so that I could catch a flight for the holidays.

Yes, I planned to head back to NH – for a few gigs! My theater company, Not Your Mom’s Musical Theater, is still based in NH, and around the time Ross and I hit the road I was asked if we’d consider returning to the Mount Washington Hotel, a grand historic hotel in Bretton Woods, for a few performances before the holidays. I was hesitant initially – I’d need to cover my airfare (or find an accompanist) and rehearsing prior to the gig with my actors would be a challenge. But they were persistent, and we were eventually able to negotiate a pay rate and terms that worked for everyone. I was able to find a great rate flying Southwest out of Phoenix, so we decided Ross would stay at an RV park in that area in my absence.

Unfortunately, RV parks in Phoenix seem to fill up for the season many months in advance. We called a variety of parks on our list and couldn’t find anything in our ideal price range and nothing in a good location. We settled on a park a mile away from public transit on the outskirts of Mesa that we would have to leave by January 1st. At least we were able to negotiate to keep our rental car through Christmas so Ross could sightsee – I was less concerned as I knew the area from a past visit.

But then I realized; if we have a rental car, we could actually stay in Tucson! Much cheaper camping and it would give us more time in an area we didn’t want to leave.

So on Sunday, December 18th, Ross gave me a ride in our rental car to Phoenix from Tucson, where we’d gotten a few weeks at at the Pima County Fairgrounds, a beautiful and easygoing park. While Ross spent a week recording a new album, working, playing at open mics and enjoying some free time and space, I rehearsed, prepared food and then spent four days at the hotel playing and singing with two of my extremely talented performers and friends. We performed a two hour holiday set daily and a few shorter sets too. We specialize in customizing musical theater set lists for events and in high-quality performances in unusual, interactive settings. 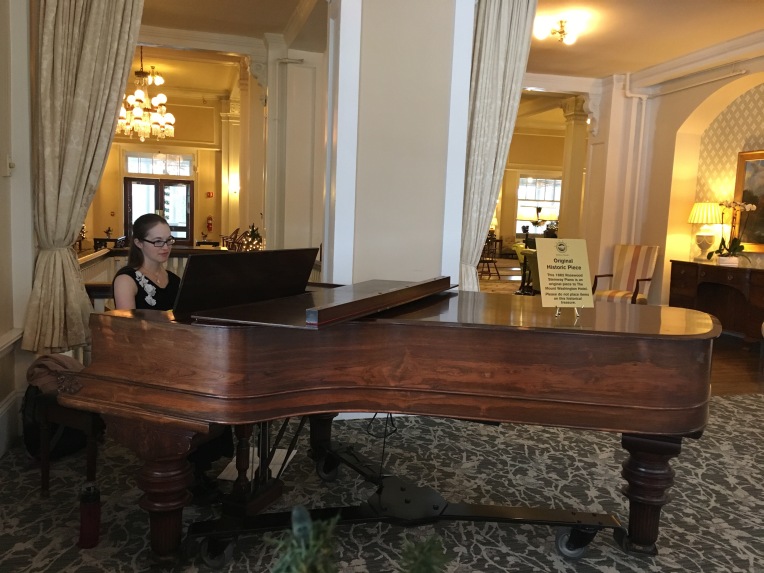 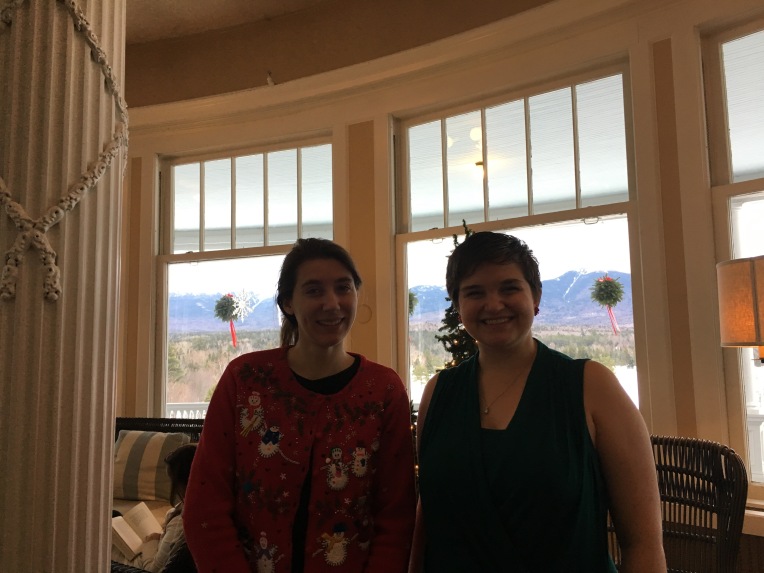 I had a flight booked to leave at about 5 pm on Christmas Day, which meant I could spend time with my family and have a midday meal (which I helped cook) before leaving. Yesterday’s flight was canceled (I had to fly into Chicago and the weather was bad) but it meant spending more time with family, including a Skype session with my husband, which was a really nice bonus.

So today is a new travel day. If all goes well, I will be home this evening.

For the record, we really are enjoying Tucson. We will share more about what we’ve been up to later this week.

Thanks for reading and Happy Holidays!