After our visit to the Dallas area, including Denton and Lewisville, it was time to head west. Unfortunately we didn’t feel comfortable bringing a rental car across the state, so we had to return it – leaving us without a car. We are still hoping to get another rental next week if I can get through to my insurance company (don’t ask) but in the meantime, this has made our sight-seeing much more challenging. So I’m sharing initial impressions to get you caught up on our travels.

The Dallas highway signage – and traffic – is atrocious. I was so glad Ross was driving because I just couldn’t have handled it. And I was really thankful we could return the rental in Lewisville and avoid that insanity in an RV. The GPS was really confused too – it felt worse than Boston to navigate. At least they had bike lanes five miles from downtown!

We drove through Boyd, Texas, which Ross’ family should get a kick out of. (We didn’t stop though, Ross said he was Boyd enough.) 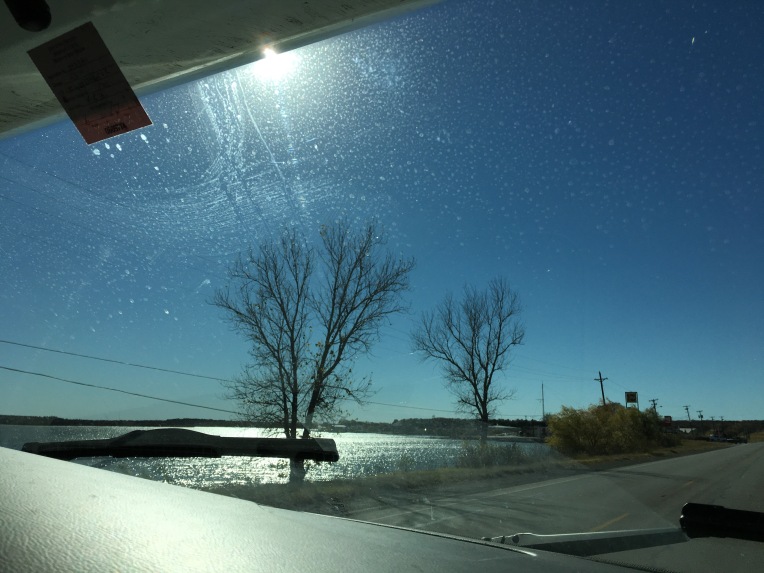 Runaway Bay into Bridgeport Lake was one of the most gorgeous sites we’ve seen, with water on both sides of the divided highway. Hubbard Creek Lake was also gorgeous and immediately followed by the Plaza Motel, which I found amusing. Albany had a very cute old west feel downtown; and the next notable site was Abilene, TX. If we had had a car, we would have walked downtown (they have statues of storybook characters throughout) and I would have visited Abilene Christian University for a walk (it’s a great campus), but the campus wasn’t RV-friendly so instead we spent the day at the library and visited a What-A-Burger so Ross could experience it! (I had a tiny bite, a few sips of chocolate shake and one fry. I didn’t die!) 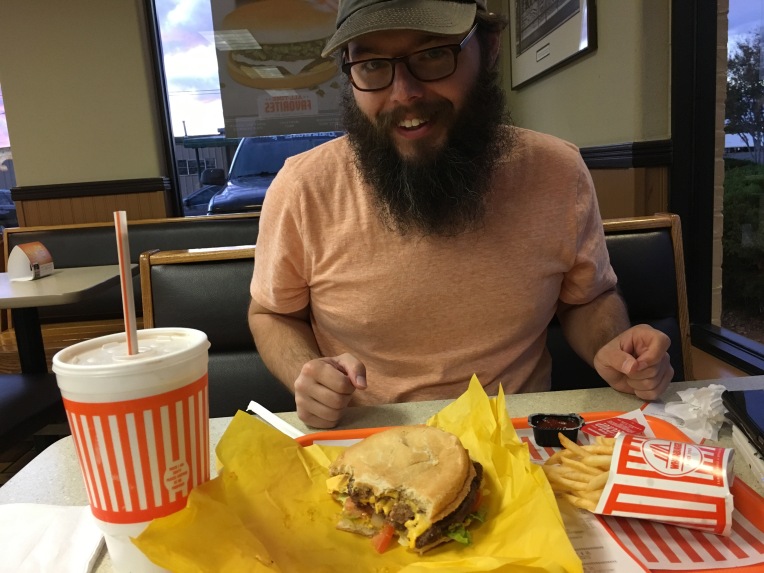 I chose a branch library that was in a strip mall. Tons of parking and the fastest upload speeds I had seen since my mom’s house! We picked another spot in town for the evening and headed out the next day. Abilene seems to have everything you need. But it could use way more sidewalks.

We’ve noticed that Texas has lots of interstates parallel to state highways. Maybe these towns have been built up along these corridors? You can drive parallel to the interstate a lot – not something we have seen elsewhere.

Our next stop was Midland, TX. The area is full of Spanish architecture (and Spanish-speaking people of course) and had lots of empty storefronts in this childhood home of G. W. Bush. We noticed buses and lots of sidewalks, multiple theatres and what looked like a cute natural foods market. But this area is bizarre. It’s surrounded by oil fields – not pretty – and it’s an odd, industrial place. I also noticed self-serve water stations, $1/5 gallons, which I had never seen before.

Before and after the oil fields we did see a lot of natural beauty in Texas. This was the first area we saw vandalism on highways. We passed the International Memorial Wall and a bridge to Mexico, and we were near the Rio Grande. After some last-minute repositioning in awkward traffic in El Paso, we settled in for a night. El Paso is clearly an awesome city but with pouring rain and Saturday crowds the next day, we decided to keep moving.

That almost catches you up. I will save our drive from El Paso for the next post. Thanks for reading!