Many of our New Hampshire (and other) friends believe that we’ve moved to Florida permanently. Not true! We may have settled in Florida for a few months, and we may have become “Florida residents”, at least by name, but we are still full of the travel bug and eager to keep exploring all this country has to offer.

So why, you may be wondering, did we spend about three months in Davenport? We had a few major reasons.

1) We were running out of money. When we originally planned this trip, we hoped we would be having significantly greater success booking along the road than we actually did. Our first few gigs didn’t come until Bisbee and Tucson, and neither paid much. Booking is hard work as it is, but when you’re still establishing yourself as an artist it’s even tougher. And despite contacting more than fifty churches, only 1 booked us to perform – and that was unpaid! So we’d been living off of savings and knew our savings were coming to an end. Staying still for two months (or three, as we ultimately decided to do) meant we could limit our gas expenses, pay a cheaper monthly rate ($430-$460/month plus electric in this case) and pick up part-time jobs to help us bridge the gap in our incomes.

2) We decided to become Florida residents, which is a complicated proposition. From new bank accounts to a new “permanent” mailing address to registering vehicles, health insurance and voting, there’s a ton to do when you move to a new state, particularly if you’re self-employed. Since we plan to be on the road for at least another year, it made sense to become Florida residents. We won’t have to go back for annual renewals as almost everything can be done by mail, including registering vehicles. We use a service called St. Brendan’s Isle which is pricy but so far very helpful in managing our mail as we travel. Also, because we were becoming residents, purchasing a car in Florida was the way to go. 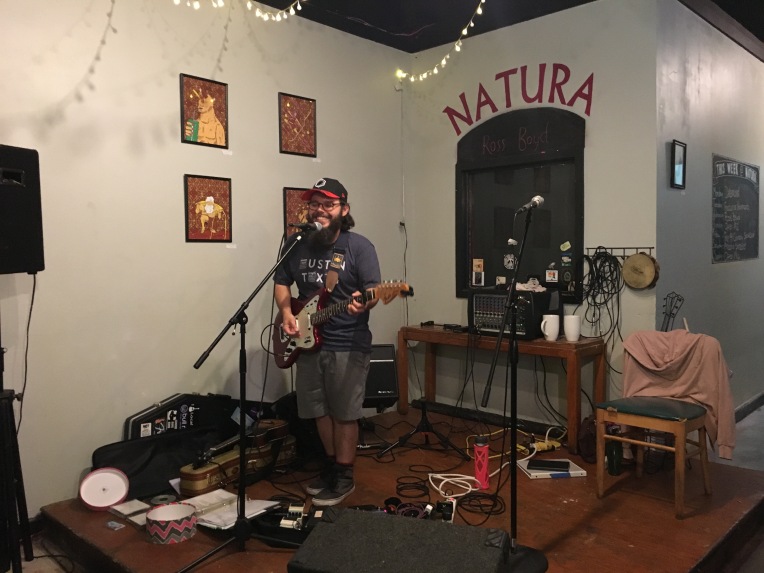 3) Why Davenport? It’s outside of Orlando, where we booked a few gigs. But the reason we chose it, honestly, is its proximity to Disney World! Ross and I were blessed to visit the parks last year thanks to an incredibly generous wedding present from his sister. We received six nights at a cheap Disney hotel (All-Star Music), five days in the parks (we were able to add a sixth day for about $20 each if memory serves) and were then gifted some spending money by family, so all we had to do was provide our airfare and food/spending money for the trip. Absolute heaven! We honestly went in thinking it might be awkward as we weren’t “Disney people” and the idea of dropping our own 2K on a week’s vacation felt like an indulgence we couldn’t afford. But the reality was, we had such an amazing time that we wanted to go back again as soon as possible!

When we finalized our RV travel plans and needed a new state of residence, access to Disney on the cheap was a definite plus for us. For less than $300 each we can access all four parks Monday – Friday with only a couple of months of blackout dates total. So we had more than seven weeks in the parks this winter, and we will back this fall for even more fun.﻿ 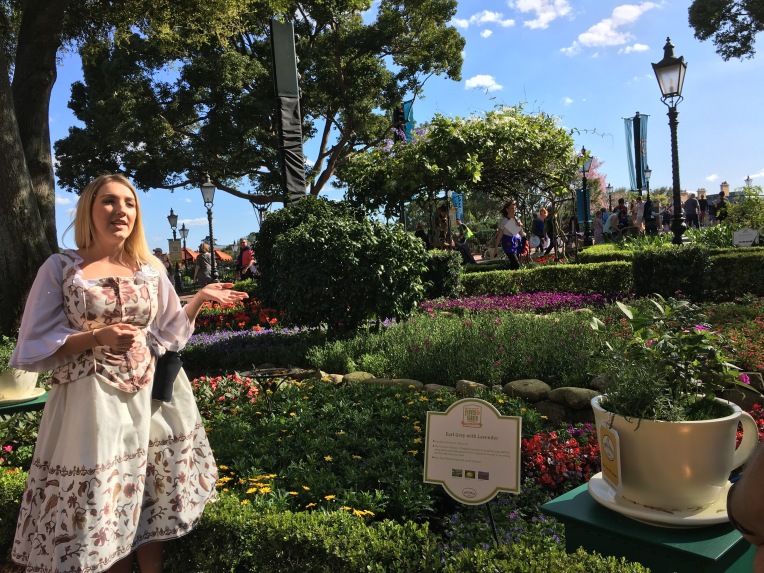 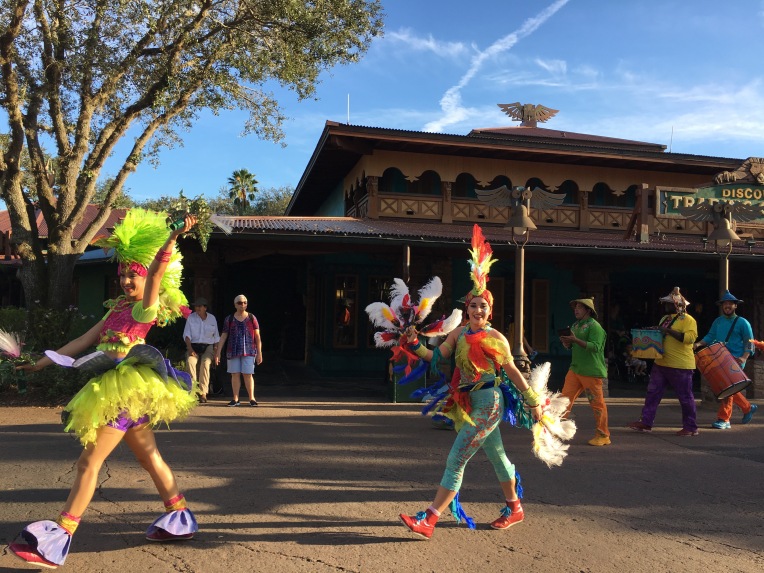 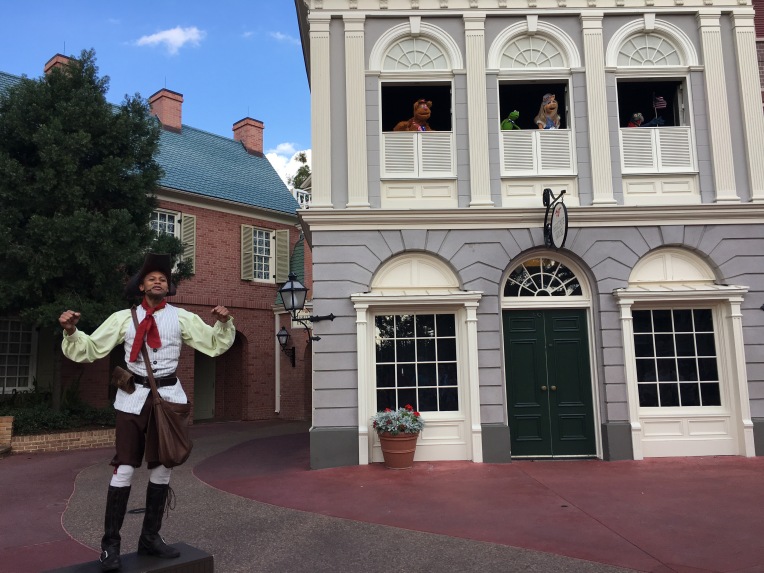 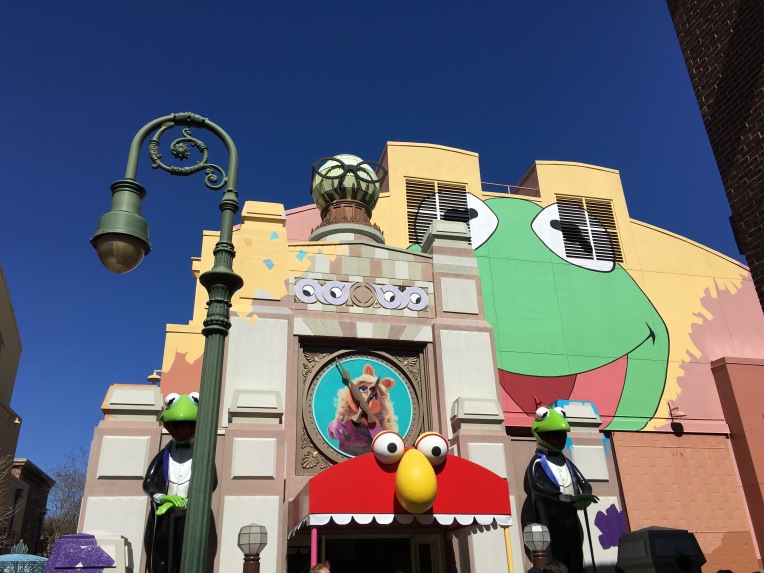 Davenport is a great area to visit if you’re a Disney fan. There are many other parts of Florida that are prettier and less stressful (avoid I-4 at all costs! State highways are your friend!) but you can’t beat this area for convenience to the parks. There are also plenty of places that you can pick up a part-time job, even as a snowbird, if you play your cards right. And Kissimmee and Orlando offer great local cultural opportunities.

Are you a Disney fan? Have any recommendations for places we need to visit when we return this winter? ﻿